The Vchynice family from the town of Vchynice was an Old Bohemian family. The first documented ancestor is Bohuslav ze Žernosek, mentioned in 1276, who had sons named “ze Vchynice”, according to the fortress and village near Lovosice. In the following years, their descendants split into several ancestral branches. The continuation of the Vchynice family from Vchynice was ensured by the branch of Jan Dlasek from Vchynice († 1521).

An important representative of the family was Radslav the Elder Vchynský of Vchynice and Tetov († 1619). Radslav is considered the founder of the extensive family fortune and an important representative of public life. During his life, he became one of the ten richest aristocrats of the Kingdom of Bohemia. On March 21, 1596, he was promoted by Emperor Rudolf II. to the lordly status. He completed his political career in 1611–1618 as the royal court master of the court of Emperor Matthias.

Another important representative of the family was Václav Norbert Oktavián Kinský (1642–1719). As his ancestors he held high positions at court, expanded the family’s property and over the years became the third largest feudal owner in Bohemia. In 1706, he established a part of his property, the so-called fideikomis, whose main center was the Chlumec estate.

After his death in 1719, his son František Ferdinand Kinský (I678-1741) took over most of the inheritance, including the Chlumec estate. In 1723 he was appointed the highest Czech court chancellor and court master, as well as Chief Huntsman of the Kingdom. Emperor Charles VI awarded him the Order of the Golden Fleece for his many years of service. The old Chlumec chateau could no longer fulfill the representational duties and prestige of the high-ranking family, so František Ferdinand had a new chateau built on the hill above the town of Chlumec nad Cidlinou. The designer was the leading Czech Baroque architect Jan Blažej Santini-Aichel. In 1723, Emperor Charles VI visited the chateau, in whose honor it was named Karlova Koruna (the Charles Crown). 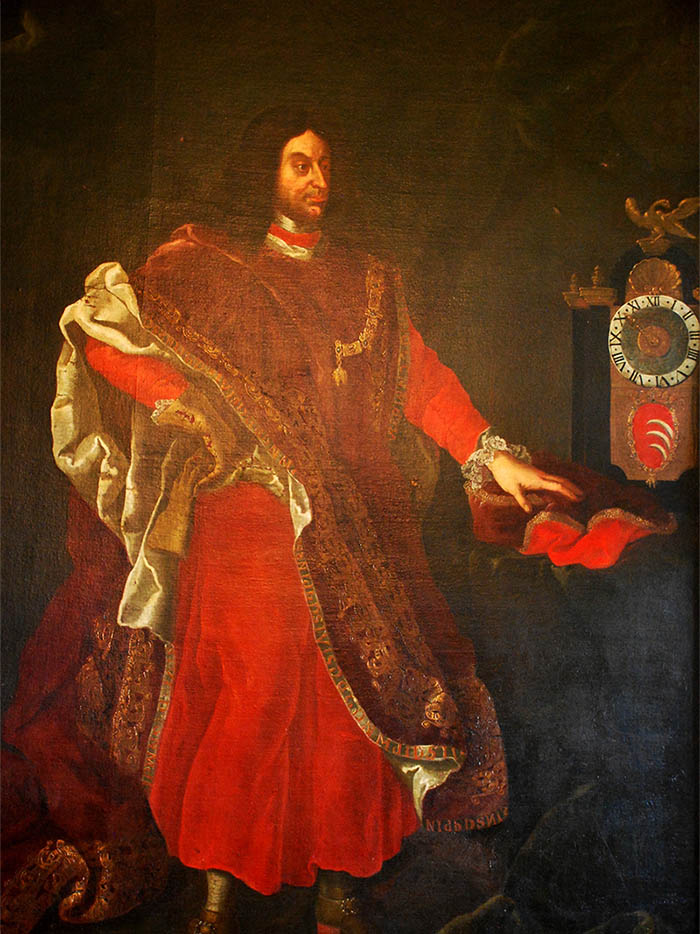 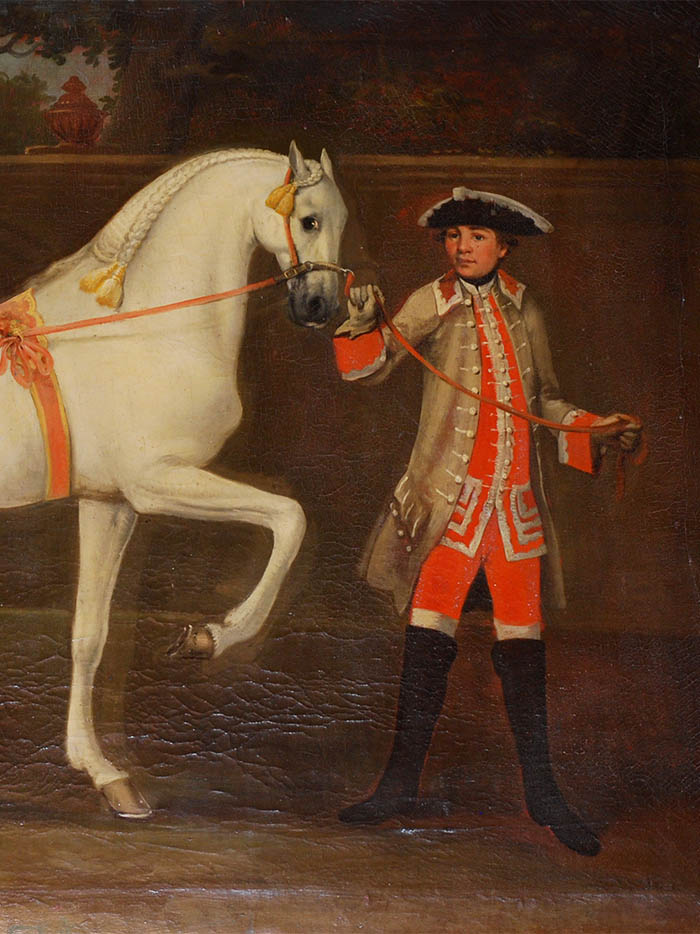 František Ferdinand Kinský became the founder of the Chlumec branch of the family, which lives through his descendants to the present day. From his marriage to the Austrian Countess Maria Theresa, Countess of Fünfkirchen, he had four sons, of whom only Leopold Ferdinand (1713–1760) survived and became the heir of the Chlumec estate. Leopold Ferdinand was also appointed Chief Huntsman and Court master. Leopold´s son František Ferdinand II built a riding hall next to the Chlumec chateau and the  hunting lodge in the nearby Obora game reserve. The visit of Empress Maria Theresa to the Karlova Koruna Castle is also considered a great honour. After his death, the heir became the eldest son Leopold Josef (1764–1831), who took an active part in the Napoleonic Wars as a general and in 1813 hosted the Russian Tsar Alexander I at the Chlumec Castle.

Another of the important members of the family was Octavian Joseph (1813-1896). He was an excellent rider and expert horse breeder and thanks to him, the English warmblood “Equus Kinsky” was bred. Octavian Josef was also one of the first founders of „parforse“ hunting in the Czech lands as well as the first to introduce the sport of steeplechase in Bohemia. He created a racecourse with challenging obstacles built on the Lučické meadows, and in 1846 he organized the Great Chlumec Steeplechase, which he won as a very experienced rider on the back of his beloved stallion Caesar.

This would prove the start of a long lasting tradition. With his help the racecource later moved on the outskirts of the town of Pardubice, and so the Velká Pardubická race was born which still today is the main attraction of its kind in this country.

Zdenko Radslav Kinský (1896–1975) inherited the Chlumec estate from his brother Fratišek Xavier who died childless. Zdenko Radslav was an energetic and charismatc figure, he had many social contacts and great language skills. He was fluent in Czech, German, English, French, Hungarian, Italian and Russian. As the representative of an important aristocratic family, he was the promoter and one of the signataries of two Declarations by the Representatives of the Czech Nobility against Nazi occupation of Czechoslovakia. This, of course, caused a series of problems for himself and his family. The Chlumec estate was confiscated during the protectorate. After the end of World War II, he regained all his property, only for them to be confiscated again in 1948, this time by the Communists. Zdenko Radslav spent the rest of his life in exile with his wife in Italy, where his son Norbert had married Countess Anna Maria dal Borgo-Netolický and died in Rome.

His eldest son Vaclav Norbert Octavian (1924-2008) also lived in exile in Italy, he became a knight of the Order of St. John of Jerusalem (the so-called Knights of Malta), where he gained a prominent position in the leadership of the order based in Rome. After signing an intergovernmental treaty between the Order and the Republic of Malta, he became the first castellan of the former Saint Angelo Fortress in the Maltese capital, La Valletta. In 1992, the post-communist Czech government returned to him the family properties which had been confiscated in 1948 and together with his brother Radslav, who had remined in Czechoslovakia during the Communist régime, decided to divide the estate: Norbert kept the estate of Chlumec nad Cidlinou and Radslav chose that of Ždár nad Sázavou. After the return of the property, and since by then he had chosen a monastic life within the Order of the Knights of Malta, Norbert immediately passed the properties to his sons Giovanni and Pio, who then started to slowly restore the family properties with the and founded today s company. Norbert died in 2008 and his sons Giovanni Zdenko Kinský dal Borgo (1949) and Pio Paolo Kinský dal Borgo (1956) continue to manage the family property in Czech Republic and Italy. 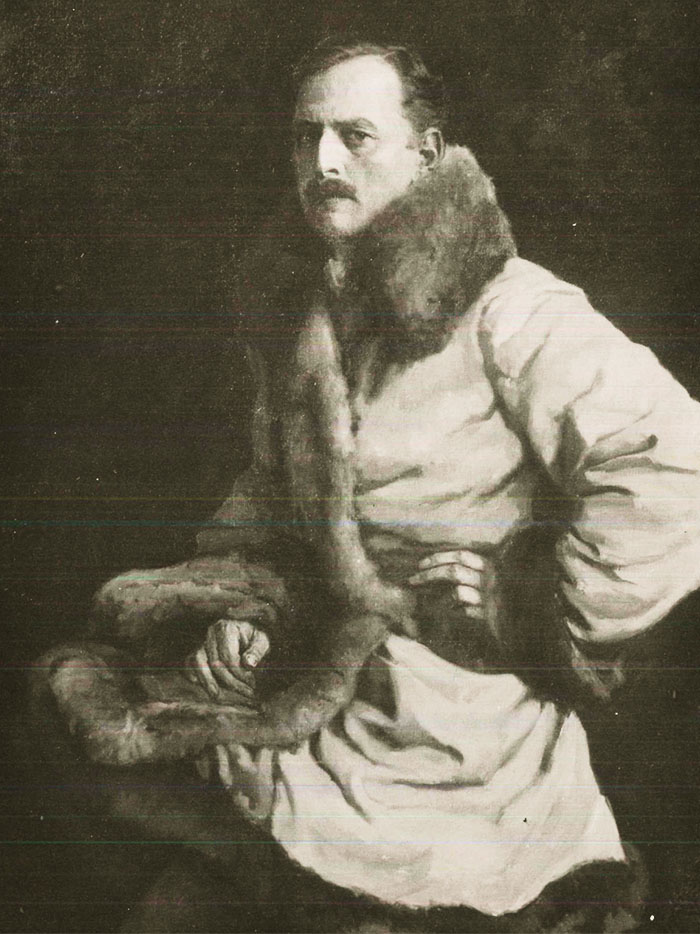 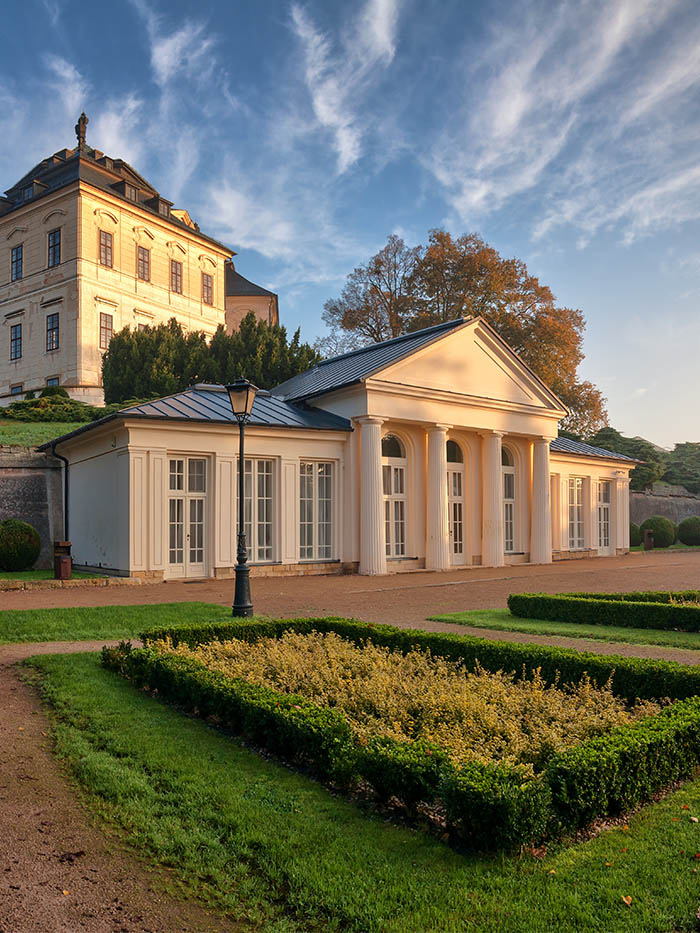 The Family’s return to Czech Republic

Giovanni Zdenko married an American: Michelle Hoskins and their marriage gave birth to two children, a daughter Eleonora (1979) and a son Francesco (1983). Eleonora represents the Czech Republic in racing and trains Paralympic rider Anastasia Vištalová on Kinský horses. Francesco manages the property at Kinsky dal Borgo company together with his cousin Carlo, Pio s eldest son. The family s goal is to manage and develop the family property recovered after restitution. Since its inception, the family-owned company has built up a wide range of products and services ranging from forest managemet, hunting, wood processing to tourism, weddings and events management.

The company’s assets represent a family legacy firmly connected to the Czech lands. For this reason, one of the basic principles is to support the local economy and bring new opportunities for local and regional entrepreneurs. At the same time, the company cares about providing its customers with products and services of the highest quality based on historical tradition and experience.

You can find out more about the history of the Kinský dal Borgo family in the permanent exhibition at the Karlova Koruna Castle, we welcome you!

You can find out more about the history of the Kinský dal Borgo family in the permanent exhibition at the Karlova Koruna Castle, we welcome you!

History of the Kinský family
Contacts

2021 © Kinský dal Borgo, a.s. | Design FiftyFifty kreativní agentura s.r.o.
By browsing this site, you express consent to the use of cookies and consent to the privacy policy.

2021 © Kinský dal Borgo, a.s. | Design FiftyFifty kreativní agentura s.r.o. | By browsing this site, you express consent to the use of cookies and consent to the privacy policy.

Manage Cookie Consent
To provide the best experiences, we use technologies like cookies to store and/or access device information. Consenting to these technologies will allow us to process data such as browsing behavior or unique IDs on this site. Not consenting or withdrawing consent, may adversely affect certain features and functions.
Manage options Manage services Manage vendors Read more about these purposes
View preferences
{title} {title} {title}